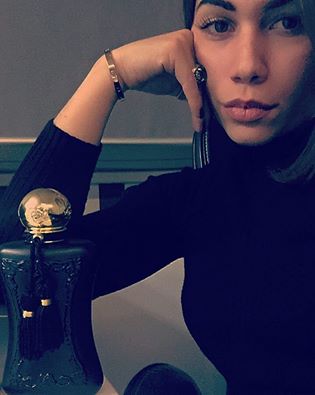 In a distant reserve in time, hundreds of years ago a unique, majestic and so beautiful breed was born that those who had been busy putting it in the world were profoundly jealous.
The origins of the Arabian Golden are due to a Lord who between the 1751 and the 1771 imported magnificent specimens, giving life to a lineage of steeds that are unique for their elegance and beauty.
This is where Emily, Ermine, Sacharissa, Chyntia were born, and it is here that from the fastest Arab racing with the name Jehu Athalia was born.
Perhaps it was given this name for its splendor, Athalia was a specimen that perfectly embodied the meaning of its name: "god is exalted", perhaps in front of such great beauty.
Athalia, unlike her sisters, bears the name of a biblical queen, with the colors that are seen and perceived in the overture of Athalia of Marly that does not hide from us irresistible hints of amarotic.
The beautiful bloody queen was the daughter of the king of Israel and another masterpiece of the gods, Jezebehl, a French woman so strong that she bent her husband's will at her feet, and able to lead the kingdom at her discretion by introducing the cult of Bahal ( pagan deity of fertile nature) in the kingdom.
Jezebehl was called a harlot, cursed, personification of the devil himself.
The little daughter Athalia became the moral heir and armed arm of the Mother, both for beauty, for cults, and for soul, and was soon given in marriage to Joram king of Judea, for an alliance between kingdoms: decided in short of exterminate his descendants in order to be able to govern without being disturbed by the "weak heirs" who would have taken the place of his deceased king.
All killed except one, little one year old Ioas, his nephew, hidden in the temple and silently protected by the priests. Everything seemed to work, for seven years he quenched his lust for power and ambition, avenging his mother's atrocious death and becoming a twin, until the high priest of the temple, Ioiada, presented the little survivor Joash to the council, officially proclaiming him king giving him the insignia and anointing him with the sacred oil. The cries of the people "cheers the king" came up to the palace and Athalia screaming for treason and ignoring her was killed by the sword.
Unique that the father of this majestic filly from the fate mystically marked by the name, was indeed Jehu, the name of the one who killed her beloved mother Jezebehl, causing her to be thrown from the window of the building and leaving it to the dogs so that no one could bury her and venerate his memory.